If there is anything in this world that changes so quickly that we can barely keep up with, that’s fashion. And where else is the best to look whenever you want to inspire yourself for an event than Hollywood?

The Oscars are the competition of the year on the Red Carpets and everyone wants to bring something unique that is in character with their personalities. Not everyone nails it, but we really want to know what are the best looks of the night. Remember, it’s not easy to always be on the spotlight and women understand the constant struggle of trying to reach perfection.

A great surprise at this year’s Oscars was Saoirse Ronan, wearing an elegant green sparkly dress. The artist couldn’t stay away from Ireland for too long so she decided to bring it in her outfit. Somehow, she managed to combine classic with sexy by choosing an outfit that really puts all her qualities in the spotlight. She deserves her name in the top best dressed, especially that classic and beauty is a rare combination nowadays. 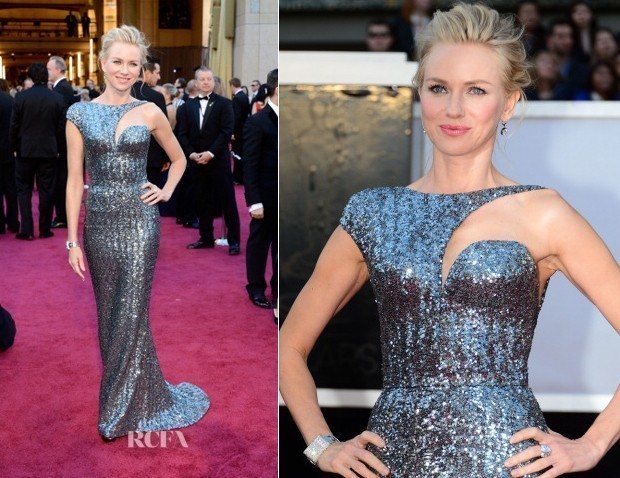 Naomi Watts in Giorgio Armani Prive aced the Red Carpets this year. Her navy and violet dress creates a great image that definitely has to be on top. The colour combinations really belong on that dress and the Bulgari necklace makes everything look like it really should be there.

Brie Larson and her Gucci royal blue, sensational dress makes her look elegant. Even though belts on a dress can be risky if your target is the Red Carpet, the dress somehow managed to be the unique example of navy velvet, black crystal and pearls belt and wavy blue that will make all of us seek for something similar in the future.

Jennifer Garner made an awesome appearance at the 88th Annual Academy Awards wearing a glamorous black Versace gown and gorgeous jewels. She definitely made her way there with style after the divorce.

Julianne Moore repeated her performance in Chanel Couture. The last year’s best actress winner decided to show up in a black dress with geometric neckline that recalled old-school Hollywood glamour. She dared and she won.

But Julianne is not the only one who chose Chanel Couture and nailed it. Daisy Ridley managed to combine simplicity and elegance in the same dress. A little playful, Daisy might be the favourite on the Red Carpet this year. She looks youthful and not boring at all. Overall, she was dressed according to her age.

Rooney Mara really took her chances out there by choosing to wear a beige dress that looked like a sci-fi robot dress in a wedding colour. But then again, rules are made to be broken and positive reactions came along eventually. She finally decided to wear something else than black so that’s a big step forward.

These were the top dressed women in 2016, we are looking forward to next year and see what else fashion can come up with.

0
Laura Tolentino November 3, 2016
No Comments Yet