The Olympic Games ended and we got the chance to admire the beauty, the strength and the power of the athletes who are such a wonderful source of inspiration for all of us. But besides the sport competitions that made us cheer with excitement and shed tears of joy, the nations also competed in a fashion competition during the opening ceremony of the Olympics. The opening ceremony is the time where nations celebrate their identity and values and this year some designers and fashion companies were involved in the manufacturing process of the most patriotic outfits. From Stella McCartney who designed the British National team outfits to Lacoste and Dsquared2, the clothes worn by athletes at the opening ceremony were symbolic for the country they represented. We decided to take a closer look at these outfits and to make a list of the best dressed athletes at the 2016 Olympics. 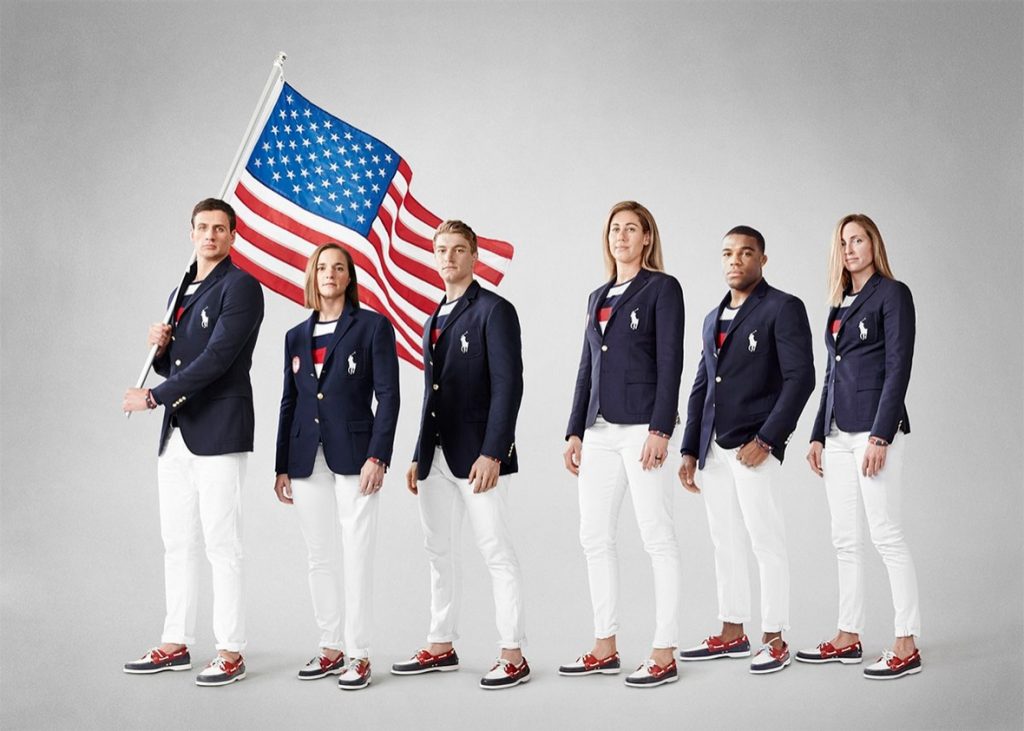 Ralph Lauren was responsible for the design of the nautical outfits worn by the American athletes at the opening ceremony of the Olympic Games. What we love about these outfits is that they tell the story of the United States in a very fashionable and chic way. The red, white and blue polo t-shirts and sweaters represent the US’ flag colors and combined with the navy blue blazers and the white pants they make a very classy outfit that will never go out of style.

Ralph Lauren designed the outfits for Olympic athletes 5 times in row so he is used to approach fashion in a patriotic way that is not only stylish but also comfortable. 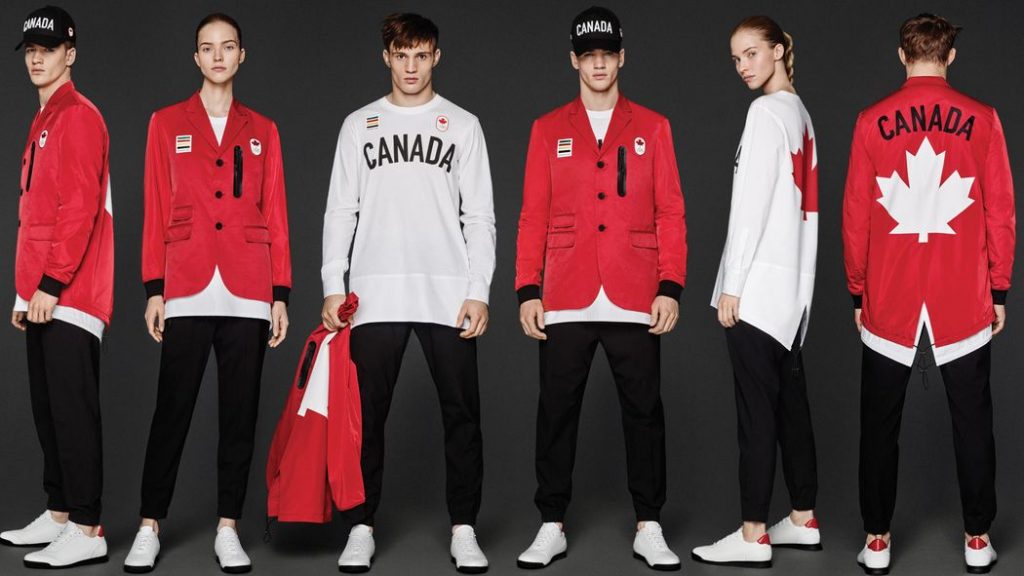 Designed by Dan and Dean Caten from Dsquared2, the outfits worn by Canadian athletes were modern and traditional at the same time. The Canadian colors and symbols were well represented in the outfits and the modern touch is found in the street style vibe that characterized the outfits. It’s hard to combine sport comfort with classy elegance but that is exactly what the outfits inspire. The red blazers combined with the black pants and the white snickers tell a story of boldness and passion, perfect for the athletes who worked so hard to be at the Olympics. 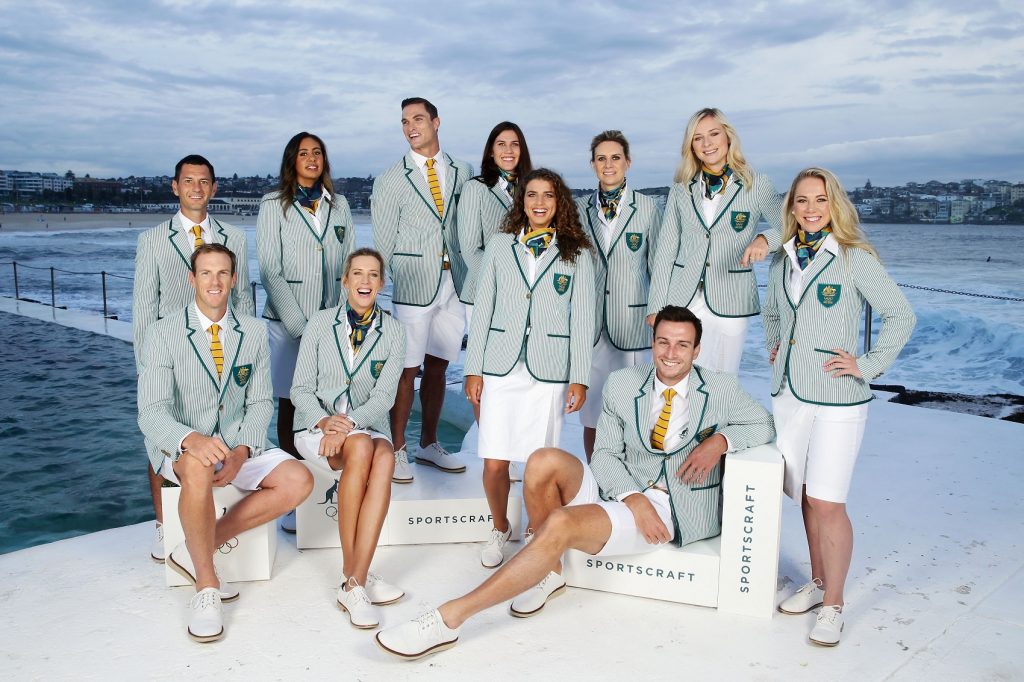 Australia had a very stylish appearance at the opening ceremony of the Olympics. We guess this is what happens when you combine white and green striped blazers with white and yellow. The blazers were combined with white shorts, a yellow tie and white brogues in the male athletes’ outfits and with white skirts, yellow scarves and white brogues in the women’s outfits. Some people can argue that the Australia team’s outfits were more appropriate for a different occasion but we love the new approach of the nautical theme. 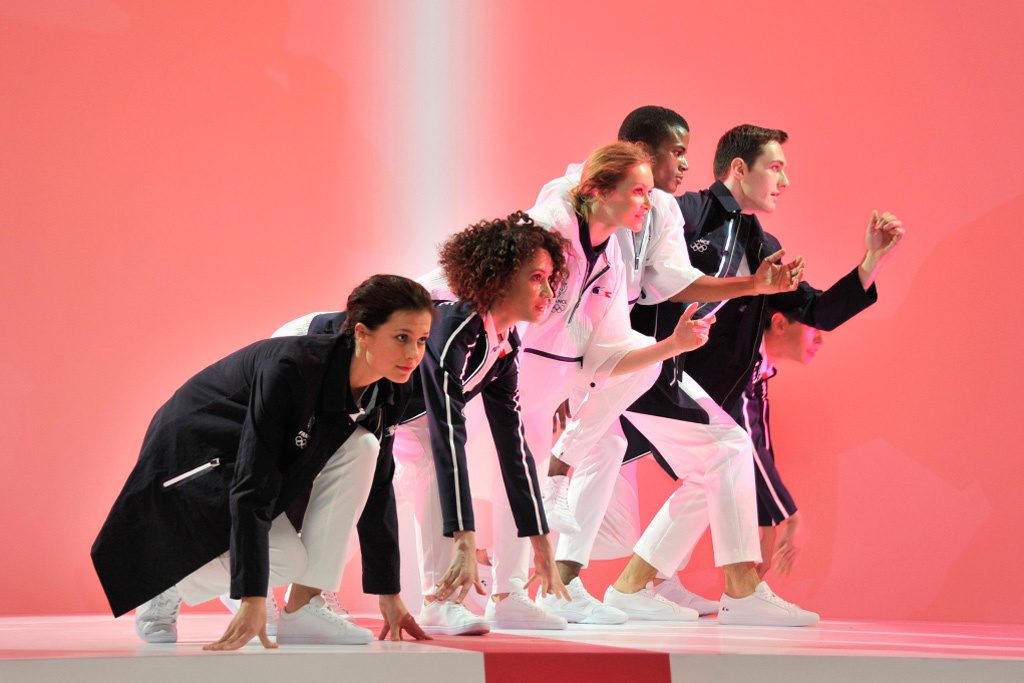 Is it possible to talk about fashion without including France in the equation? We don’t think so! France knows how to combine history, contemporary and comfort and that is why the outfits worn by the athletes at the 2016 Olympics were designed by Lacoste, one of the oldest sports brands in France.

How to Get the Lowest Price for Giorgio Armani Shirts Online