Being a celebrity means that you automatically have access to various different opportunities regular people do not have. This can include having your own celebrity fashion line. The problem is that being a celebrity does not mean that you will be successful. In most cases you are faced with failure and this is quite normal. However, in some cases we are faced with some great results.

Below you can find examples of some pretty successful celebrity fashion lines that were incredibly successful. You will definitely love all of them. 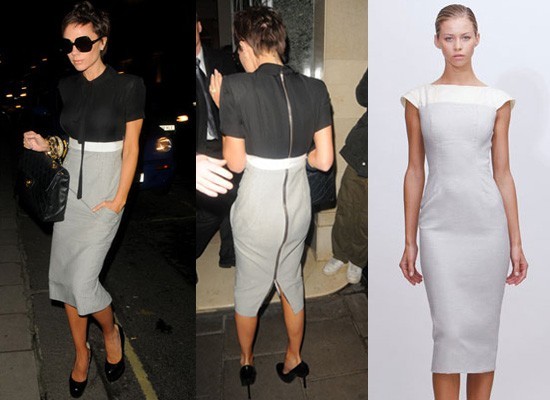 They did not call her Posh Spice for nothing. Victoria Beckham first launched the DVB line in the year 2006 and then had huge success in 2008. The dresses collection was instantly recognized in the entire fashion world. The result was a huge collaboration that actually led towards an impressive $95 million per year fashion empire. Great job Victoria!

Most likely, everyone knows Justin Timberlake. His reputation is quite high so it should not be a surprise that he also got involved in fashion. Together with Trace Ayala, one of his best friends, he co-founded the William Rast clothing line. This happened in the year 2006 and the line featured hoodies, jeans, t-shirts and jackets for both men and women. The result? Sales of $50 million every single year.

It is not at all difficult to argue with the fact that Jessica Simpson is not a great singer or a great actress but when it comes to fashion, she definitely hit a jackpot. The style sense was quickly evaluated in the fashion line that features clothing, shoes, fragrances, diamond jewelry and various accessories. What is really interesting is the fact that this fashion empire actually reached sales of $1 billion per year, which is definitely much more than most lines out there. At the same time, this is the very first celebrity line ever to reach such an amount in just one year.

Related Article:  Designer Sarees Make Way to the Top Even in the Age of Ultra Modern Fashion Trends

Gwen Stefani currently owns a highly successful clothing line with strong South American and Asian inspirations. This is a line that generates impressive sales of $90 million every year. What is interesting is that the line was heavily criticized when it appears in the year 2003 but even so, the sales were very good, much better than what the critics expected. Sometimes you simply cannot trust the reviewers, right?

Jay-Z is much more than just a rapper and a producer. He is also a really successful businessman and a fashion icon according to many. In the year 1999 he launched a very successful clothing line for women and men. This included accessories, lingerie, jewelry, footwear, eye wear and even baby clothes. Annual sales reached $700 million, which is definitely something that we cannot ignore.

These are just 5 of the numerous fashion lines out there that are created and fully endorsed by celebrities. There are many others that you can learn about. Celebrities need to know everything about style and fashion so it should be absolutely no surprise to see the huge successes with such lines.

How Do Celebrities Get Their Oscar Dresses?